Borders and Values: Why Christians Are Supporting Trump 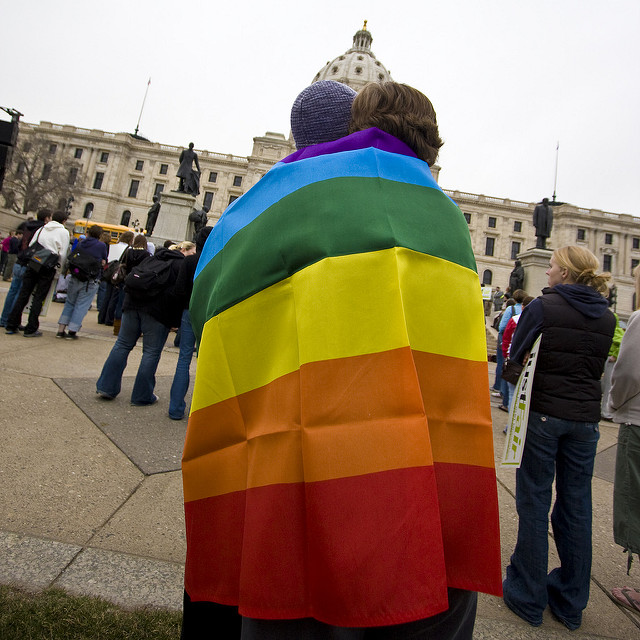 Given the recent reminders of Trump's character flaws, many wonder why so many conservative Christians are attracted to Trump’s candidacy. For example, Russell Moore, head of the Ethics & Religious Liberty Commission, has been rather incredulous that so many Christians could support a candidate whose “often racist and sexist” language is voiced atop a career which “made millions off a casino industry” that “exploits personal vice” and “destroys families.”

I don’t think, however, that we need to search very far for why so many Christians support Trump. There are prominent conservative voices from the Religious Right, such as the late Phyllis Schlafly, Pat Buchanan, and Ann Coulter, who echo a consistent rationale in their support for the real estate mogul and reality TV star. Unfettered immigration, both legal and illegal, is radically changing the social complexion of the nation to one favoring liberal democratic policies and preconceptions. It’s not that the immigrants are themselves inclined toward liberal social issues (most are not), but they have been largely persuaded that their political advocates belong to a center-left coalition at the state and federal levels. Thus, the stream of immigration that has flowed uninterrupted over the last few decades is providing an increasingly insurmountable political demographic responsible for the advancement of left-wing social agendas. The liberal politics of California today will be those of Texas tomorrow. Stop the flow, and we will have cut-off a significant source of left-wing power and influence. And Trump is the candidate that is committed more than any other to such stoppage, with the apparent managerial competency to accomplish it.

Polls consistently indicate that the fundamental political concern for conservative Christians is the moral climate of the nation. So this argument is highly relevant for the values-based voter. And when objections to the kind of border security proposed by Trump invoke politically correct responses, as when Lindsay Graham called him a “race-baiting, xenophobic, religious bigot,” it only fuels the plausibility of such reasoning.

This is because I think there is what we might call a cultural sense among Christians that open borders means overturning values. In her highly influential study, Purity and Danger, the renowned social anthropologist Mary Douglas developed the critical connection between borders and bodies in human culture. She observed that cultural concerns about the body, such as taboo codes, ethical identity, and conceptions of purity, are frequently lived out as metaphors for larger social relationships and boundaries. This last term, boundaries, is a key motif for Douglas, who theorized that each individual body within the group ‘body’ shares in the boundedness of the group, with the restrictions of the social macrocosm embodied and reflected in each individual corporal microcosm. For example, restrictions as to whom one may betroth reflect restrictions as to who may enter the society; proscriptions protecting bodily orifices symbolize preoccupations about social exits and entrances. The do’s and don’t’s regulating national boundaries are lived out personally via the moral codes inscribed on individual bodies.

If Douglas is correct, then there is a plausible cultural sense that open borders means open values. The perpetuation of unfettered immigration fulfills the political precondition for more liberal democratic social policies.

But is Trump a true conservative? As evidenced by the special edition recently published by National Review entitled “Against Trump,” a number of conservative intellectuals have been vociferously critical of Trump’s policy inconsistencies and apparent opportunism. Christians, particularly Evangelicals who have made up such a significant portion of the Reagan-inspired conservative coalition, should therefore be highly leery of lending him their support.

But Christians are increasingly skeptical of the leadership over this broad based conservatism and their ability to thwart the contemporary secular juggernaut. The recent Obergefell ruling by the Supreme Court legalizing homosexual marriage, delivered in the shadow of John Roberts’ Obama Care ruling, has gone a long way to eroding any confidence moral conservatives have with the current Republican consensus.

They may have good reason for such skepticism. There has been a general commitment among both Republicans and Democrats over the last several decades to establishing and maintaining American economic prominence in the processes constitutive of globalization, a worldwide social system comprised of a capitalist economy, telecommunications, technology, and mass urbanization. It has been argued (rightly) that such economic and technological dynamics have the power to arrest control of national economies away from totalitarian projects such as the Soviet Union and communist China while simultaneously expanding economic growth and prominence among capitalistic nations.

However, what is crucial to understand is that built into globalization processes is what Anthony Giddens terms detraditionalization, or various mechanisms by which local customs and traditions are relativized to wider economic, scientific, and technocratic forces. Once social life is caught up in a global industrialized economic system, it is propelled away from traditional, national, and local practices and beliefs. In the shadow of globalized transnational policies, traditional moral codes and customs become increasingly implausible to objectively sustain.

It therefore does appear that the Reagan-inspired conservatism of the last nearly two-score years entails two mutually exclusive social projects: the commitment to globalization allows for modernizing dynamics that undermine the commitment to traditional moral values. This may in fact explain why otherwise conservative politicians and pundits are so hesitant to openly attack political correctness or, in the case of Chris Christie who signed a bill banning so-called ‘gay conversion therapy’ for teens, even embrace it. 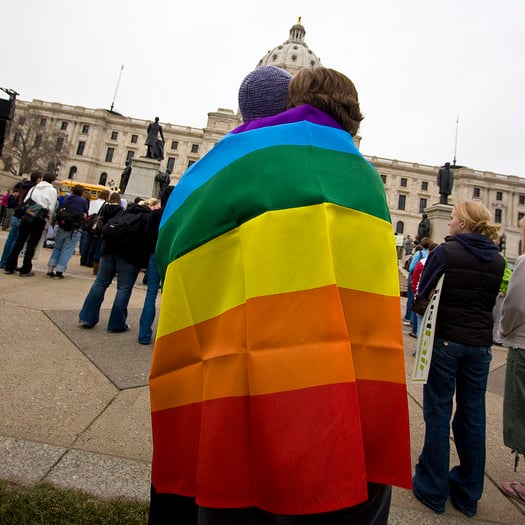 Furthermore, this contradiction is exasperated by mass immigration. Porous borders which serve to expedite flows of goods within a globalized economy entail a significant increase in levels of immigration, both legal and illegal, which trends along the direction of economic activity. And when this influx of immigrants is translated into American political alliance, it is the liberal left and its secularized social agenda that constitute the disproportionate beneficiaries. It is therefore understandable why a significant number of Christians no longer trust ‘true conservatives’ with defending traditional moral values.

Trump’s orthodoxy matters little. For right or wrong, what matters to a significant number of Christians is that he stands up as one of them, and has declared an end to pro-immigration and pro-free trade policies that many believe have contributed inordinately to the moral degeneration of the nation.