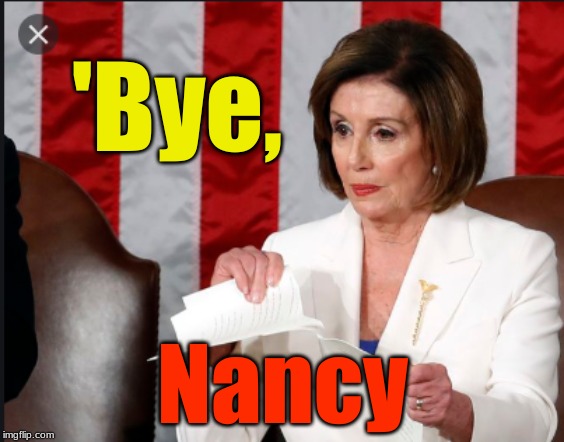 Whatever you may think about the 2022 midterm results we can all rest easy knowing that Nancy Pelosi will soon be out of our lives! As Republicans prepare to take control of the House of Representatives in 2023, Nancy Pelosi, who has served in Congress since 1987, announced she will not be seeking election to Party leadership in the upcoming 118th Congress. While it is assured that someone equally as insufferable will be taking her place, this is a victory the right shouldn’t forget to revel in. Unfortunately, however, Kevin McCarthy is fighting tooth and nail for the Speakership. In the first round of voting for the GOP nominee for Speaker, McCarthy received 188 votes with Andy Biggs getting 31. This sounds good for McCarthy but Matt Gaetz, who has pledged to NEVER vote for McCarthy, says McCarthy does not have 218 votes (necessary to be Speaker) and will be hard pressed to get them at the final vote in January. While McConnell will retain Minority leadership in the Senate (awful), there is a lot of buzz as Lee Zeldin has all but confirmed he is challenging Ronna McDaniel and running for RNC Chair, the highest Party position. Zeldin is almost single handedly responsible for boosting turnout in New York State and getting every down ballot Republican in a competitive seat elected to the House. The majority would not have been secured in the House without these NY victories and Zeldin’s tough on crime campaign that got within 6 points in deep blue New York made it possible.

31 votes against McCarthy this early on is huge.

Reminder, the vote today is not the official vote. That takes place in January. https://t.co/WbX7eKTpg7

While McCarthy may end up becoming the Speaker of the House, it is clear that Patriots like Matt Gaetz will fight so hard for committee assignments and concessions that McCarthy may be forced to put some heavy hitters in high places. If Republicans can get Andy Biggs or someone more like him in, or squeeze McCarthy so hard he is forced to fill committees with Freedom Caucus Patriots, and get McDaniel out of RNC then the Party will be in a much better position. McDaniel is the niece of RINO in chief Mitt Romney and worked hand in hand with McConnell to kneecap MAGA patriots and fund clowns like Lisa Murkowski this past cycle. Unfortunately more turnover is still needed but this is a start towards a true patriot party!

It is time nationally for the Republican Party to retool, transform, win back the Presidency in 2024, expand our number of GOP-held seats in Congress, and elect the maximum number of down-ballot candidates across the country. https://t.co/1TAu4TAle6

Hakeem Jeffries, Russia election hoaxster and nephew of black supremacist Leonard Jeffries, is the likely replacement for Pelosi as Democrat Minority Leader ensuring that the Democratic Party is fully embracing insanity and rejecting any attempt to return to a less woke platform. With Trump’s announcement, however, the battle for influence within the Republican Party has really only just begun and clowns like Asa Hutchinson and Mike Pompeo seem to think that the Republican base would rather have another establishment toady, than Donald Trump’s rightful second term. Don’t make me laugh!

"Where are the 'defenders of democracy' now?!" 🔥