Chile Turns to the Right 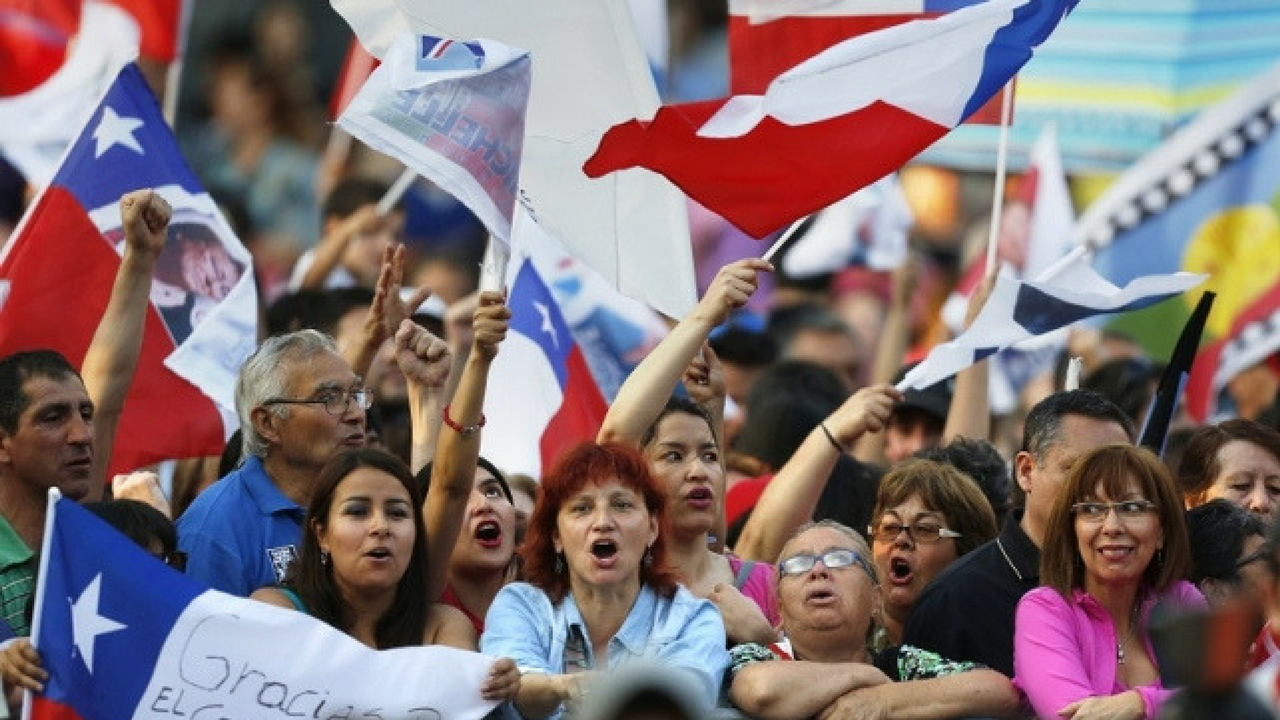 Chile held its latest presidential election just last Sunday, on December 17th, and the right-wing billionaire Sebastian Pinera won easily, with nearly 55 percent of the vote. Now Sebastian Pinera was a former president of Chile, from 2010 to 2014, but Chilean law does not allow a president to serve for consecutive terms, and so he ran again after an intermittent term, and won easily over his center-left opponent who would have continued the socialist and secular liberal policies of the current leftist president, Michelle Bachelet, who among other things, overturned Chile’s pro-life policies into thoroughly pro-abortion ones. And Pinera’s opponent would have continued to fight for more pro-abortion policies and legislation. But not Pinera; along with being a thoroughly political and fiscal conservative, he’s also staunchly pro-life. In fact, back in 2011, he was given an award from pro-life organizations at the UN in recognition for his protection of Chile’s laws that completely outlawed abortion. So, Chile not only has a president who is now committed to bringing about economic growth and sanity, but also restoring Chile’s culture of life.

Now, Pinera’s election is significant for a couple of reasons. When he was first elected back in 2010, Pinera became the first right wing president since the military dictatorship of Augusto Pinochet. When Pinochet’s government came to an end in 1990, Chile was ruled more or less by a leftwing coalition known as the Parties for Democracy that eventually included the ultra-left Chilean Communist Party. And in many respects, Michelle Bachelet, the current president who’s also serving her second term, her first ended in 2010 just before Pinera came to power, she was seen as the continuation of this decade long leftist coalition that Pinera briefly interrupted with his first term. But the question in everyone’s mind was whether Pinera’s first election win was a foreshadow of things to come: would Chile turn back to the right after a decade plus of leftwing rule? And of course, it seems we now have our answer.

And that leads us to the second reason why Pinera’s election is so significant, which is that his was just the latest in a long line of right-wing turns taken by Latin American nations. In fact, The New York Times began their article covering the election with noting that Latin America’s political right is in on what they call a “decisive winning streak.” Just last month, President Mauricio Macri led his center-right coalition to a sweeping victory in legislative elections throughout Argentina. In June of last year, Peru had a run-off election for the presidency between – if you can believe it – two right wing candidates, between the so-called far-right candidate Keiko Fujimori, the daughter of the former president Alberto Fujimori, and the more mainstream right-wing candidate Pedro Pablo Kuczynski, who ended up beating Fujimori by less than one-percent of the vote! But the amazing thing here is that there wasn’t even a leftist candidate in the presidential runoff!

And then of course we talked in an earlier video about Brazil and its recent turn to the right, particularly the Religious Right. We saw this in particular with the election last year of one of the darlings of Brazil’s growing Religious Right, the evangelical bishop Marcel Crivella, who was elected as mayor of Rio de Janeiro. And in many ways this victory was the crown jewel of the rise of Brazilian religious conservatism that’s been going on throughout the nation for more than a decade, and this rise has been accompanied by the collapse of leftwing politics that dominated Brazil up until fairly recently. The collapse really began with the impeachment of the center-left president Dilma Rousseff on the grounds of corruption and obstruction of justice. And so, as a result of this impeachment, it turns out that the leftwing Worker’s Party lost every major mayoral post that it contested on the election that took place shortly thereafter.

Now, what’s so interesting in all of this is the ways in which the remaining leftist governments in Latin America have been used as foils for the political right, particularly Venezuela. Pinera’s campaign was making claims like: If you vote for my opponent, you’ll turn Chile into Chile-zuela! In other words, a crippling nation like Venezuela is being pointed to by Latin American right wing politicians more and more for its leftwing economic incompetence; in fact, the two major leftwing governments left in Latin America, Venezuela and Bolivia, are being pointed to as not simply the logical outworking of leftist economic policies, but also the logical outworking leftist politics, in that these leftist socialists don’t just starve you, but then they prevent you from ever actually voting them out of power. This is not just the case in Venezuela; the leftist president Evo Morales of Bolivia is going for his fourth term in office in 2019, which blatantly ignores a 2016 referendum that passed overwhelmingly preventing him from running for another term.

Now, things are not going to be easy for the political right, that’s for sure. Corruption runs rampant; economic growth remains stagnant at under two percent in most regions. And voters are basically sick of the left-wing that’s been in power for so long and its corruption and economic incompetence.

But it is clear that economic insecurities are turning populations overwhelming to the political right. If you recall, we’ve been arguing over the course of the last year that there are three major political insecurities that are dominating elections all over the world and sweeping in the political right: border insecurity, economic insecurity, and existential insecurity. And so, it appears that the middle issue, economic insecurity, is the primary factor shifting Latin America decisively to the right. Now, if it simply remains an economic issue, then I would say that this shift to the right is a bit precarious; it’ll be easy going back and forth between left and right depending on the economic currents at the time. IF we begin to see concerns over border security and cultural or existential security, then you can be sure that the turn toward the political right in Latin America will not be a fluke or a fad, but a trajectory that will dominate future elections to come.