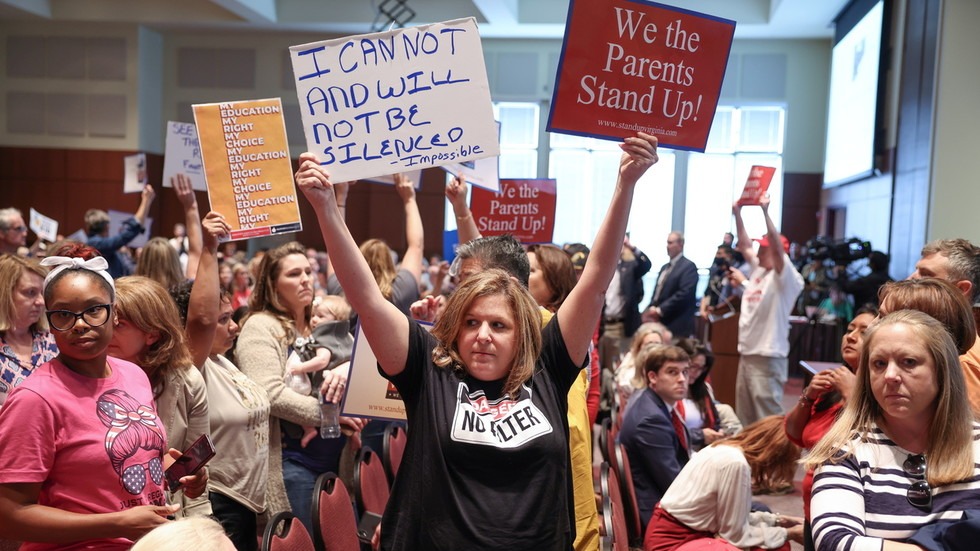 Glenn Youngkin’s huge victory over establishment ghoul Terry McAuliffe was not the only huge news from Tuesday’s election. All across the nation school boards, city councils, and state legislatures flipped away from Democrats and away from the anti-freedom, anti-white, anti-American, globalist agenda the DNC has been foisting on citizens across the nation. Between vaccine and mask mandates, critical race theory in schools, and toxic gender ideology spitting in the face of God ordained reality, no amount of Democrat cheating, and rigging was able to withstand the tidal wave of rebuke delivered unto them by patriots across the board.

School boards saw huge swings against leftism and Democrats all across the nation. The patriotic, anti Critical Race Theory 1776 PAC supported almost 60 candidates in school board races in multiple states and won 44, over 75% of the races they competed in. As the Youngkin race demonstrated, opposition to Marxist indoctrination in schools drove parents and patriots to the polls in unprecedented ways! In Pennsylvania’s Manheim township the school board will now be 6-3 Republican as opposed to 7-2 Democrat as it was recently. Pennsylvania in particular has been a hotbed for the culture war as patriotic groups like FreePA and other activists have been seriously challenging the state and medical institutions on vaccine mandates as well as schools on mask mandates for students. Pennsylvania saw massive wins for Republicans in statewide judicial elections as well, proving that voters are rebuking tyrannical medical overreach and rising institutional technocracy.

In New Jersey it looks like the corrupt political machine has managed to fudge a victory for Governor Phil Murphy but the results are still stunning and in dozens of other local races, Democrats faced humiliating defeat (the RNC has just now sent over 20 lawyers to New Jersey to fight any Democratic shenanigans). While there may still be a path to the Governorship for Jack Ciattarelli, late night ballot dumps in Newark are nothing surprising considering the left wing corruption in Jersey. The most entertaining of these races to watch has been Ed Durr, a truck driver who spent $153 on his campaign, defeating the entrenched New Jersey SENATE PRESIDENT Steve Sweeney in his South Jersey district. This is a stunning blow to the powerful political machine that runs the NJ state legislature but this election saw the democratic majority in both houses SLICED as many other senators and assemblymen lost in the south of the state. Cumberland County, NJ unseated two Democratic county commissioners and the township of Parsippany is now totally under GOP control with multiple other local municipalities flipping from blue to red.

As media hacks melt down and Dem strategists panic over 2022, these successes show that the culture war and resistance to vaccine tyranny is the path forward for Republicans. This is what will continue to happen as retraditionalization and nationalist sentiments are asserted by core Americans more and more. The globalists may very well have overplayed their hand recently and we are starting to see the fire of resistance burn brighter and hotter.