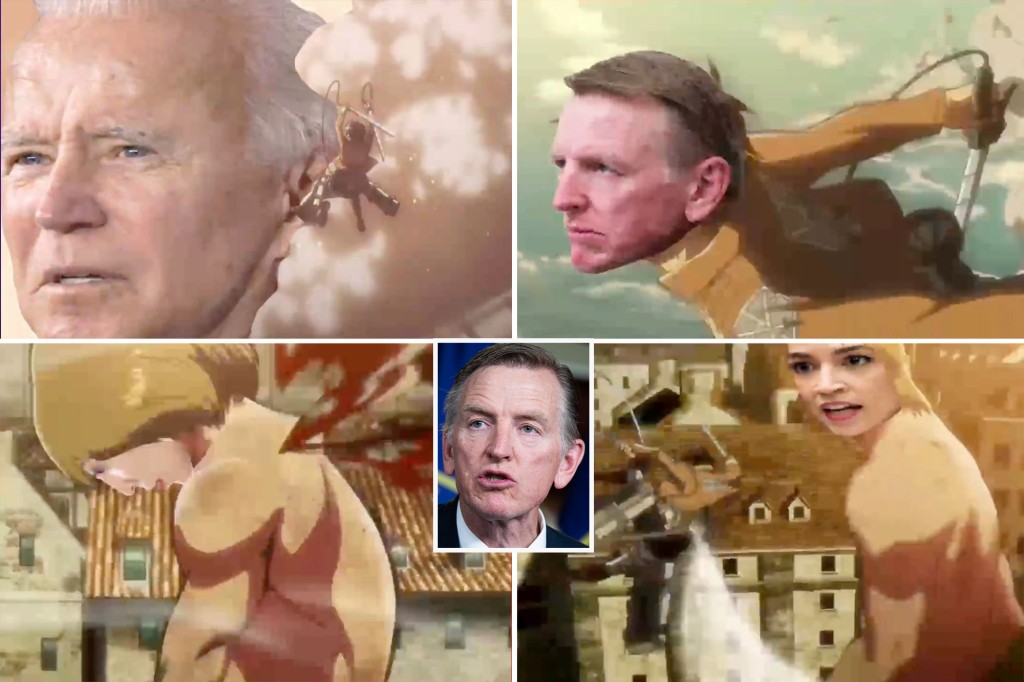 On Sunday November 7th Arizona Congressman Paul Gosar posted a hilarious edit from his team spoofing the intro to the popular anime series, Attack on Titan that has racked up over 3 MILLION views! The video features Gosar’s face on the main character's body taking down left wing figures and members of Congress in a clearly satirical and allegorical way. This did not stop the media and big tech from having a meltdown of course. Much like when the media doxed and intimidated a private citizen who made a meme of Donald Trump taking down CNN WWE style, it seems that, according to our elite, only the left are allowed to use parody or hyperbole. The video was received very well by conservatives and other young people alike; however Twitter has placed its most restrictive warning on the post and restricted likes, retweets, or shares of the post entirely.

Multiple establishment media publications have posted melodramatic “concern” articles in an attempt to smear Gosar as “violent”. The hypocrisy is almost too much to bear. During the first term of Trump’s presidency, we saw such delightful displays of “expression” like Kathy Griffin holding up Donald Trump’s blood severed head, Snoop Dogg executing Donald Trump in a music video, and a myriad of other horrendous displays of angry political violence. To assert that a pop culture reference representing the conflict within the House of Representatives is MORE dangerous than hyper realistic bloody imagery is dishonest even for corporate media standards.

The video also drew attention to the crisis at the border and the invasion currently being facilitated by our elites to replace Americans. In the show Attack on Titan, which has become immensely popular with American audiences, a walled nation protects itself from dangerous and freakish monsters seeking to destroy them. The show comes from Japan, a somewhat saner country than the current United States, and has become popular in large part due to its lack of woke signaling and foundation in more traditional principles like nation and family. Japan has maintained its historic demographics and has boasted safe cities, low crime, and beautiful infrastructure because of it. It has always been difficult to immigrate to Japan and even in the face of plummeting birth rates they are remiss to open their floodgates to foreigners. Japanese media and anime in particular has exploded in the West and when one compares classic and ongoing anime series to most modern American television there is no question as to “why” audiences are shifting. While certain aspects of liberalism exist in Japanese media culture no doubt, the majority of shows still embrace traditional gender roles and do not exalt in the perpetual revolution or overthrowing of traditional hierarchies. Fundamentally the left is scared of losing their monopoly on entertainment but as their toxic ideology infects everything they produce the tides are finally turning.

The real reason behind the surge of attacks on Representative Gosar is his commitment to saving America. He is one of the only representatives to call for a ten year total immigration moratorium and is not afraid to go against those in the Republican party who would shill for mass immigration. Do not believe for a second that AOC is being sincere when she makes comments like “Gosar tweeted a fantasy video of him killing me.” This is performative histrionics from a deranged open borders advocate crying crocodile tears to subvert the public. The Democrats would love to provoke the weak willed RNC into censuring an effective legislator like Gosar. Do not fall for the media lies.