Secular Globalism vs. Traditionalist Nationalism: A War of Annihilation 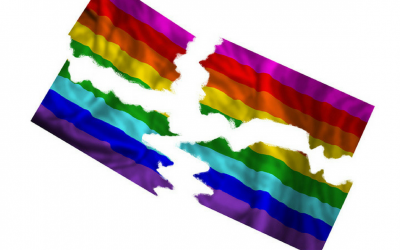 PT Carlo over at Katehon.com has a very interesting article on modern liberal America and the geo-politics of what he calls the Post-Human American Empire. He writes:

“The world is presently witnessing some of the most dramatic and important geopolitical events since the fall of the Soviet Union. The American Empire, which was supposed to act as the policeman of World Peace ushered in by the end of history, has begun to unravel. The forces of Nationalism and Identity have risen to challenge the Universalist Totalitarianism preached by the Globalist Technocrats living in Brussels and Washington. Leading this revolt is the New Russia which, though not as populous as China or zealous as Iran, still remains the ideological leader of this war of resistance against Western Totalitarianism.”

Carlo, I think, is absolutely correct on this. I do think that the secular globalistic vision of America is beginning to wane, or unravel as he puts it. And I do believe he is correct in seeing a unique role in a renewed Russia in awakening a mass worldwide backlash against the anti-cultural processes of globalization and its secular aristocracy. It was very early on, at the beginning of the Putin administration, that you began to see a term called ‘spiritual security’ in policy documents issued by the Putin government. The government’s focus on spiritual security has been designed as a primary measure by which traditional Russian values embodied particularly by the Russian Orthodox Church can be protected and perpetuated in the midst of globalized assaults. In fact, you will often hear terms such as ‘westoxification’ or ‘liberal totalitarianism’ to describe America's  secular sensibilities that are seen more and more as a new form of globalist imperialism.

He goes on in explaining why he sees no compromise with American led secular globalization:

“The modern American Empire [by that he means the highly secularized globalized vision of America] is a regime fueled by pure unadulterated ideology. Very few of the elites would consider themselves “Realists” in any meaningful sense of the word. Even the foreign policy of the Obama administration, which is, of course, less violent and confrontational than that advocated by Hillary Clinton and her deep state allies, is still extremely aggressive.”

He sees Obama as far more pragmatic than say a Hillary or Neo-con type of governance. But Carlo is quick to qualify that pragmatism:

“But this apparently pragmatic approach is fueled not by a realist calculation of rational self-interest, but by the ideology of Liberal Hegemony.The U.S. is wedded to the concept of its primacy in the Neo-Liberal world order, an order which entails the imposition of Western values such as the rule of the individual over the common good, the supremacy of Transnational Corporations and the legitimization of sexual deviancy. Any nations or peoples who stand in the way of these goals are considered, from the start, to be enemies to be destroyed.”

Wow, that is really good. Carlo understands the nature of globalization. It entails what are called disembedding dynamics that propel time and space away from localized and customary interpretation and control, and re-embeds them in transnational consumer-based interpretations. So localized time is replaced by standardized time; localized business is replaced by transnational corporations; and localized customs are replaced by trans-local media driven events. This disembedding also displaces the individual from traditional and customary ways of life and relocates the individual in a transnational consumer based social order. And so globalized societies are characterized by the championing of sovereign individuality, or often referred to as civic individualism, as such is sustained by transnational corporations and narcissistic consumerism. And at the heart of this redefinition of the human person is what we call lifestyle values, where traditional customs and religions are replaced with a consumer-based conception of life, where now I get to choose my religion, my culture, my partner, and indeed even now my gender.

Carlo continues in this great article:

“This is only too obvious if one takes the time to read the Neo-Liberal propaganda now being churned out by “news” outlets across the West.  For instance, The New York Times recently published an open attack on the Russian Orthodox Church, which it has now identified as an enemy to its professed Ideology of Liberal totalitarianism. The article is a shameless smear piece that is full of disinformation, as is to be expected, but what is most interesting is its emphasis.  From the article:

“When gay activists staged a parade this summer in the center of Moldova’s capital … Mr. Dodon (the President of Moldova) rallied his own supporters for a rival event dedicated to traditional values while a group of Orthodox priests gathered nearby to chant prayers and curse homosexuals.

The gay parade, which was joined by a number of Western diplomats, got called off after just a few blocks when it ran into a crowd of protesters waving religious banners and throwing eggs.”

We talked about this event in another video; where President Dodon was like ‘you guys are bunch of fruitcake freaks’ while our Western diplomats were all like ‘hey, you’re the glorified representatives of liberal democracy, now … we support you 100 percent; can I have a rainbow flag to wave around?’

Now, here’s how Carlo interprets this:

“The primary accusation leveled against the church is not that it is corrupt or hypocritical in an ordinary sense, but rather that it opposes the Neo-Liberal project of encouraging the worldwide spread of sexual deviancy. So in a strange, Orwellian sense, the charge being leveled is that the church’s corruption lies in its very lack of corruption. In a sense, the Russian Orthodox Church is not merely corrupt enough.

This sort of resistance to Western dictates, this refusal to partake in Western pathologies, is simply unacceptable to Washington’s ruling class of elites. These elites rightly view the Russian Orthodox Church, and by extension, the Russian people themselves, as obstacles to their program and therefore enemies to be crushed. This is the psychology that explains the incredible aggressiveness of American policy towards Russia. Every move that has been enacted by Washington, from the expansion of NATO up to the edge of Russia’s borders to the attempt to topple the Russian government during the 2012 anti-Putin protests, has been predicated on this idea.”

I have to say, I agree with him 100 percent. Secular liberals loved Russia when it was communist. They loved it. Bernie Sanders honeymooned in the Soviet Union. Well, the secular libs and neo-cons hate Russia. Is it JUST because Putin is a land-grabber? I don’t think so. I think they hate Russia for the same reason they hate Trump. They both represent a revitalization of religion and nation and culture that was supposed to die out through the secularizing processes of globalization.

And so as far as Carlo is concerned, there is no possibility of rapprochement between these two worldviews. He goes on:

“This brand of Ideological fanaticism (that is exactly what secularism is, by the way; it is ideological fanaticism;) This brand of Ideological fanaticism is what kills every embryonic attempt at U.S.-Russian rapprochement in the womb. The truth is that such a detente is no longer possible; this is the harsh reality that those who advocate for realism would rather not see. It is now a zero sum game, a war of annihilation - a war which pits the advocates of Liberal totalitarianism, led by the Empire of the United States, on the one side against the forces of traditional human values, led by Russia, on the other.”

Now he does recognize the radically paradigm shifting significance of the Trump administration, but he does not see it as being enough. I would disagree; I think he is attributing way too much strength and endurance to secularized globalization. Yes, they have all the institutions of power, but only for now. They are dying demographically; they are dying ideologically, and in many respects parallel structures are emerging that are overwhelming the secular globalist institutions. Just think of the ways in which alternative media has eclipsed network and cable news, or the ways in which rural counties are overwhelming their urbanized counterparts in the electoral college. So, I do not think this anti-human secular globalist elitism is as entrenched as he thinks.