The Arrest of Tommy Robinson Will Fuel Worldwide Populism!!! 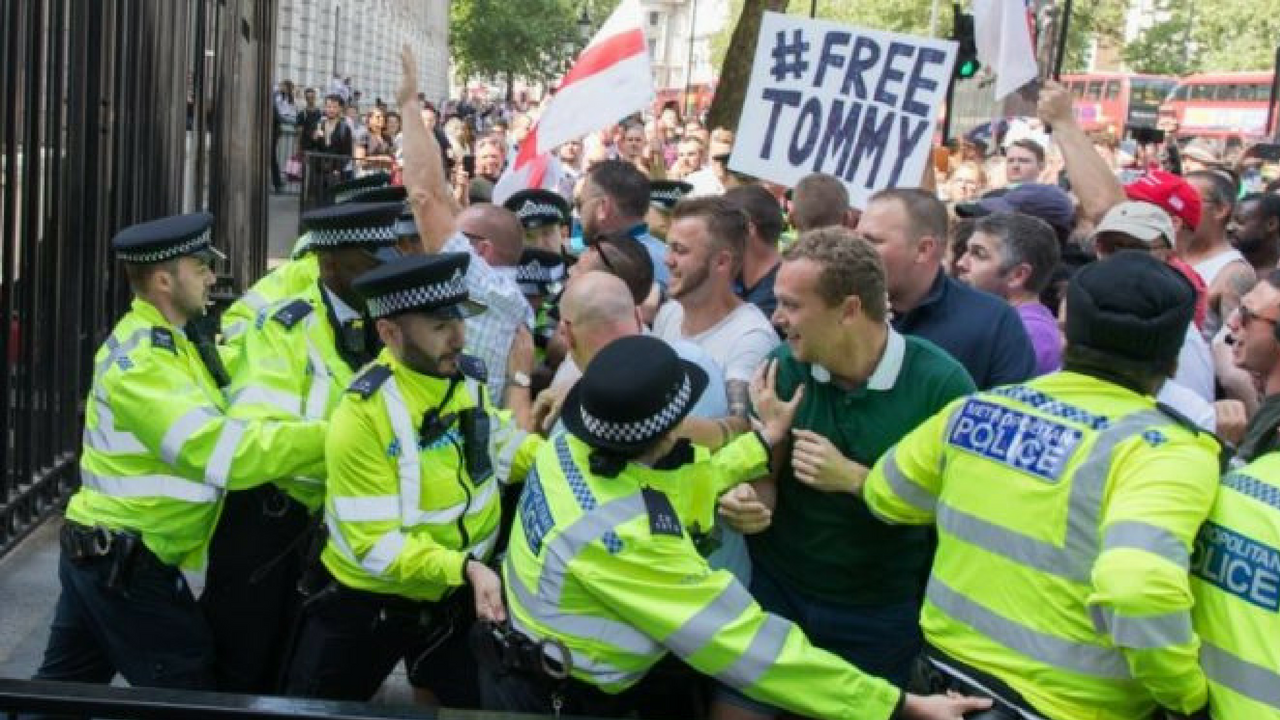 I cannot recall the last time I received so many requests from our subscribers to address a particular issue of concern as the arrest and imprisonment of Tommy Robinson. For those of you who may not know, just to bring you up to speed here, Tommy is an English conservative activist, a nationalist populist, he has been involved in a number of organizations such as the English Defence League, he was actually the founder of the League, written for Rebel Media along with Lauren Southern, and a big YouTube and social media personality. We featured Tommy recently on a video that followed his speech at Speakers Corner in London’s Hyde Park a few months back.

Well Tommy was arrested and immediately jailed last Friday after he filmed members of an alleged child grooming rape gang entering a court for trial. He was arrested for what authorities called ‘breach of the peace,’ how is that for specificity, and it is being reported that he has been sentenced to 13 months in prison, no trial, nothing; it was supposedly for a contempt-of-court charge. But to add insult to injury, the details are extremely sketchy because the judge involved in the case has slapped a reporting ban on the whole incident. And so, Fox News and Breitbart are reporting that the gag order has led to news outlets in the U.K. removing their reporting on Tommy from their websites to comply with the order. And Fox is reporting that news sources are speaking only on the condition of anonymity out of fear that they will be arrested for contempt. So the whole thing is just insane. And to make matters even worse, Tommy Robinson’s lawyer is warning that the presence of Muslim gang members in prison will all but guarantee his murder behind bars. So this is an extremely distressing case.

What should we make of all of this?

First, this is a patently obvious case of the globalist state attempting to silence a powerful and significantly effective voice of populist opposition and dissent. We saw the likes of Martin Sellner and Brittany Pettibone and Lauren Southern banned from entering the UK, but then we see a 13-month prison sentence imposed on Tommy Robinson for videoing a bunch of accused Muslim child rapists outside a courtroom; all of this is rather obviously draconian to say the least. We are talking more than a year in prison, indeed, a possible death sentence given Tommy’s stand against Islamic immigration into the UK. And what we are seeing is nothing short of autocratic authoritarian measures to stifle populist dissent, which by the way we are seeing in Italy as well. The British media is being silenced, perhaps all too willingly, and the world is seeing how secular globalism deals with real nationalist populist dissent. So, that is the first thing that needs to be said.

However, and this is the important point I want to make here, it is not going to work. Yes, Tommy Robinson’s safety, indeed his life, is very concerning; I do not want to minimize that in any way. But what is so important for us to understand is that this arrest and imprisonment is only going to intensify and increase the worldwide populist revolt, and I will tell you why.

What is crucial for us to understand in terms of the dynamics surrounding Tommy’s arrest and imprisonment is the role that is being played by what scholars have called a ‘network society.’ A network society is the name that is being given to a new social order that has arisen in the past couple of decades. It, in effect, bypasses the old bureaucratic institutional structures used to serve as the mediators of communication and replaces them with a mass network of immediate digital information. For example, think of the ways in which the post-office has largely been replaced with email. Here in the States, we actually often refer to the old bureaucratic institutional delivery method of the post office as ‘snail mail.’ Right? We still use it, but nowhere near as much as we used to. This is of course because of the rise of email and Skype and text messaging, all of which allow us to bypass the old bureaucratic delivery system. Scholars of a network society such as Manuel Castells and Jan van Dijk basically envisioned a world made up of a future direct democracy utopia that comes from this immediate, instantaneous digital interaction on the internet. They were really excited about the social and global possibilities of a network society; they envisioned a new world order of direct democracy and globalist-inspired human rights as we are all bound together through these digital, instantaneous telecommunications technologies.

Now, what they did NOT envision was that such a network system would become a platform dominated by the nationalist, populist, and traditionalist right. They certainly did not see that coming. But of course, that is precisely what happened. The scholarship of Angela Nagle and others has detailed how the nationalist populist right has dominated formats such as the message-board site 4chan, and of course YouTube. Even The New York Times has recently featured a report on what they are calling the Intellectual Dark Web, with they see as a collection of anti-establishment intellectuals such as Jordan Peterson, Sam Harris, Ben Shapiro, Joe Rogan and Dave Rubin who are getting subscribers and view totals that overwhelmingly outnumber anything the mainstream media is getting on a regular basis. For example, name me another university professor that is even coming close to Jordan Peterson’s presence on YouTube; it’s not even a contest.

But here is the important point; this network society is in many respects the driving force behind this nationalist populist resurgence, and here is the key, it is driving this populist surge on a worldwide level. A whole world of nationalist populist sentiments is being united together on multiple interconnected social media platforms that are sharing information and commentary instantaneously, bypassing the monopoly secular globalists have over the so-called establishment or mainstream media, in the same way that we bypass the post-office.

And we can see this interconnectivity in the mass worldwide revolt against the arrest and the imprisonment of Tommy Robinson. Remember, populism is fueled by a pervasive and deeply held anti-elite sentiment. The globalist world order has long been recognized by scholars as directed and governed by what are called ‘expert systems,’ which involves a class of elite technocrats and engineers that have the technical competence to maintain the technologies and automations and telecommunications that comprise a modern industrialized world. From the building codes embedded in our homes and buildings, to the dependability of our automobiles and the safety of roads and bridges, to air travel, I-phones, etc., we find ourselves increasingly trusting in and indeed dependent upon a class of technological experts for the management of our daily lives.

While we all like our technologies working safely and securely, many have recognized that the danger here is that as more and more people become dependent on technological expertise, technocracies are inevitably ruled by experts and engineers who begin controlling and manipulating the population in a manner analogous to how they control and manipulate technology. And so, today, we can see how globalization has reorganized the world around a class of experts who have largely redefined political and economic protocols in the form of a de-facto world government, replete with its own transnational institutions: the European Union, the European Court of Human Rights, the International Monetary Fund (IMF), the World Bank, the G-7, and the like.

This technocratic globalist elite has, however inadvertently, provoke as mass backlash in the form of nationalist populism that is just been unleashed throughout the world, and there is simply no putting the genie back into the bottle. The arrest and imprisonment of Tommy Robinson is only confirming and corroborating these populist concerns; they see an elitist state circumventing any and all democratic processes and simply imposing its authoritarian will on a major representative of English populist dissent, and who in turn, through the network society, is a major representative of worldwide populism.

And look at how the world interconnected by the network society is responding. On my last check, which was just an hour or so ago, 350,000 people have signed a petition on change.org to release Tommy. You can see on YouTube thousands gathering and protesting in front of the jail, in front of 10 Downing Street, and at Speakers Corner in Hyde Park. The conservative actor James Woods is tweeting about it here in the States, it’s being covered by Alex Jones and virtually every major social-media personality on the so-called Dark Web. There are reports of rallies being held throughout Australia demanding the release of Tommy. Gerard Batten, the UKIP member of the European Parliament for London has threatened to mount a prosecution of the Home Secretary if Tommy Robinson is killed or injured, holding him personally responsible. And so, these draconian measures are already unleashing a mass populist revolt, and I think it will only continue to do so. That is because such authoritarianism only serves to confirm and corroborate populist sentiments, but this time, thanks to the network society, the whole world is watching.