The Conditioners: C.S. Lewis’ Vision of “The Establishment” 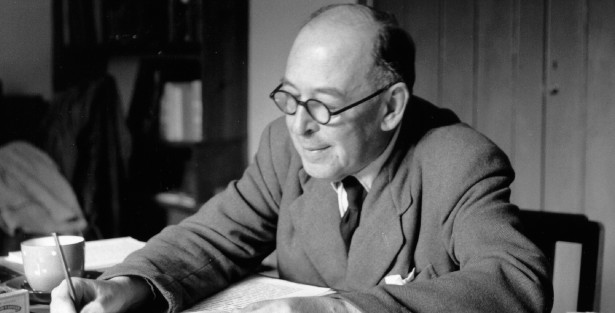 The election of 2016 turned its snarl to the so-called “establishment.” Whether in the guise of Trump or Sanders, the campaigns with the largest and most enthusiastic crowds garnered their support by taking on the establishment.

But who or what is the establishment?

Here I turn to an astonishing work, a very small book, under a hundred pages, written by the Oxford scholar C.S. Lewis, called the Abolition of Man. And there Lewis draws out the logic of the premises of a secularized society, which he sees as one dedicated to defining social and cultural progress in thoroughly scientific and technological terms. And what Lewis noticed was that such a society would be comprised of two main classes of people, what he called the ‘conditioner’ class and the ‘conditioned’ class. What he meant by that is because the modern secular age operates according to complex technological and scientific processes, it requires a class of experts and engineers who have the specialized competency and expertise to govern this technocracy. And so within such a modern matrix, the wider population is conditioned to believe that their health and happiness is dependent upon this ruling class of experts and engineers.

But Lewis also recognized that secular technology-based societies inevitably reject traditional moral conceptions of life. This is because technology is organized and governed by modern scientific processes which are considered value neutral and thus devoid of moral frames of reference. And so, with these moral frames of reference, the only way there can be a moral consensus in society is through some kind of manipulation. If a sense of divine obligation and hence a collective self-government has been erased, then only coercion, compulsion, and extortion can provide a motivation for ethical conformity. Thus, manipulation is at the heart of this brave new world to which we are embarking. And if manipulation is an intrinsic characteristic of modern life, then there must surface by definition two classes of people: manipulators and manipulatees, or, in Lewis’ terms, the ‘conditioners’ and the ‘conditioned’. The commitment to technological progress on the one hand and the need for coercion and manipulation in order to bring about moral conformity in an amoral world on the other, thus give rise to the formation of a social elite, a secular aristocracy, with the vast majority of the human population repositioned as objects of manipulation.

And the reason why the mass population goes along with this class division of conditioner and conditioned is because the masses have been conditioned to believe that it is this class of elite experts who maintain the social conditions necessary for our health and happiness. So this class division is just a small toll that we pay for all of these wonderful benefits of living in a modern society.

Globalization and Disembedding Our Traditions

Now, in many respects, Lewis’ predictive theory has been realized in the mass conglomerate of processes known by scholars as globalization. Globalization involves the interaction between capitalism, urbanization, technology, and telecommunications within a mass transnational economic system. For example, we all know today that what happens with the Nikkei on the Tokyo stock exchange has ripple effects on the European markets which in turn affect Wall Street which comes back to Tokyo. This is the mass global economy known as globalization.

Now what’s important here is that globalization involves something called disembedding, which in effect propels economic activity away from localized control toward far more transnational control. So here I like to use the example of your local shopping mall: in one sense, the mass shopping complex is in fact local in terms of its proximity to consumers; but notice that the retail outlets that comprise the various stores at a mall are not local but rather national and international chains and brands. Notice, too, the movies that are playing at the mall’s theater; these are hardly the product of local acting talent.

But scholars have noticed that this disembedding is not limited to the economic; it is not merely economic processes that are arrested from provincial control; such dislodging also involves localized customs, traditions, languages, and religions. What we have to understand for example is that when we see mom and pop stores closing and malls and franchise chains opening, traditional ways of life, customary moral codes and relationships, they are closing up as well. And what that means is that traditional moral conceptions, traditional ways of doing human life are becoming increasingly difficult to sustain in the midst of a globalized world.

For example, whereas traditional societies are characterized generally by very sacred beliefs and practices that have been handed from generation to generation, globalized societies come in and offer a mass range of consumer-based options that call into question the sanctity of those traditional beliefs and practices, relativizing them to a ‘global food court’ of many other creedal alternatives.

I use the example in the article of the restaurant scene from the holiday comedy classic, A Christmas Story. After the Christmas Turkey was eaten by some local dogs, the Parker family goes to a local Chinese restaurant for Christmas dinner. As the waiters attempt (unsuccessfully) to sing “Deck the Halls” to create a more festive atmosphere, a roast duck is carried over to the family’s table, with its head still attached. “It’s a beautiful duck,” the father says to the waiter incredulously, “but it’s smiling at me!” After the waiter abruptly decapitates the duck with a meat cleaver, the narrator remarks: “That Christmas would live in our memories as the Christmas when we were introduced to Chinese Turkey. All was right with the world.”

What I simply point out is that in globalized societies, our local customs and traditions can be exchanged for wider translocal options and practices. The Christmas Turkey can be replaced by Peking Duck, and it doesn’t matter; it’s ok if we haven’t done this before. Why does tradition matter anyway?

The Age of Lifestyle Values

Now what all of this means is that globalization radically changes our conception of what it means to be human. Globalist societies tend to think of the human person as a consumer. Again, traditional social structures and arrangements are generally fixed in terms of key identity markers such as gender, sexual orientation, and religious affiliation. But globalized societies, because of the wide array of options, see this fixedness as restrictive. And so traditional morals and customs tend to give way to what we called lifestyle values. Lifestyle values operate according to a plurality of what sociologist Peter Berger defines as ‘life-worlds,’ wherein each individual practices whatever belief system deemed most plausible by him or her. These belief systems include everything from religious identity to gender identity.

So you and I are living in a time when a moral conception of life has been replaced with a consumerist conception of life; traditional values and beliefs have been eclipsed by lifestyle values and beliefs. And the key here is that these lifestyle values and beliefs were created and are sustained by a consumerist globalized economy. So we can see why CEOs tend to have a vested interest in promoting alternative lifestyles, like what we’ve seen with the boycotts against North Carolina’s bathroom law that requires men to use the men’s room; alternative lifestyles buy more and more products that help the person reinvent him or herself in accordance with the chosen lifestyle.

And at the level of politics, globalized societies tend to redefine the whole notion of the rule of law, especially in C.S. Lewis’ terms of the conditioners and the conditioned. While traditional societies viewed human law as something reflective of transcendent divine law, modern societies actually invent law, they make it up in accordance with the needs of social conditions as the elite class of conditioners understands and interprets them.

And so, in modern societies, there are two fundamentally different relationships to the law. While the conditioned, in C.S. Lewis’ terms, are always under the law, in that we don’t invent but are called only to comply, the conditioners are always above the law, since they are in a position to invent law in such a way that complies with their own social management and engineering.

You see, in a society where laws are made up by a class of elites, it’s not a coincidence that those elites tend to benefit from those laws and their variant interpretations.

But wait a minute: why aren’t people up in arms about this? Arbitrary laws? Where are the mass protests over the injustice of such a thing?

Ah, don’t forget: we’re the conditioned class. We’ve been conditioned to believe that it is experts like the so-called establishment who maintain the social conditions necessary for our health and happiness. So this is just a small toll that we pay for all of these wonderful benefits of living in a modern society.

So there you have it; Lewis’ predictive theory is very much in accord with the detraditionalizing processes of globalization which have in effect reconstituted life around a secular aristocracy, a class of technological, business, and political ‘experts’ that are considered indispensable to our highest happiness and freedom. And Lewis recognized that this is precisely the genius of the modern age: that our freedoms are absolutely dependent on keeping an elite class of conditioners in power. This is Lewis’ vision of the ‘establishment.’

For more ways of cultivate habits of grace, see my Ebook, Classical vs. Modern Education: A Vision from C.S. Lewis, or watch the video series on classical education here.