The Great Reset, Anti-Globalism, and the Mass Vaccine Redpill! 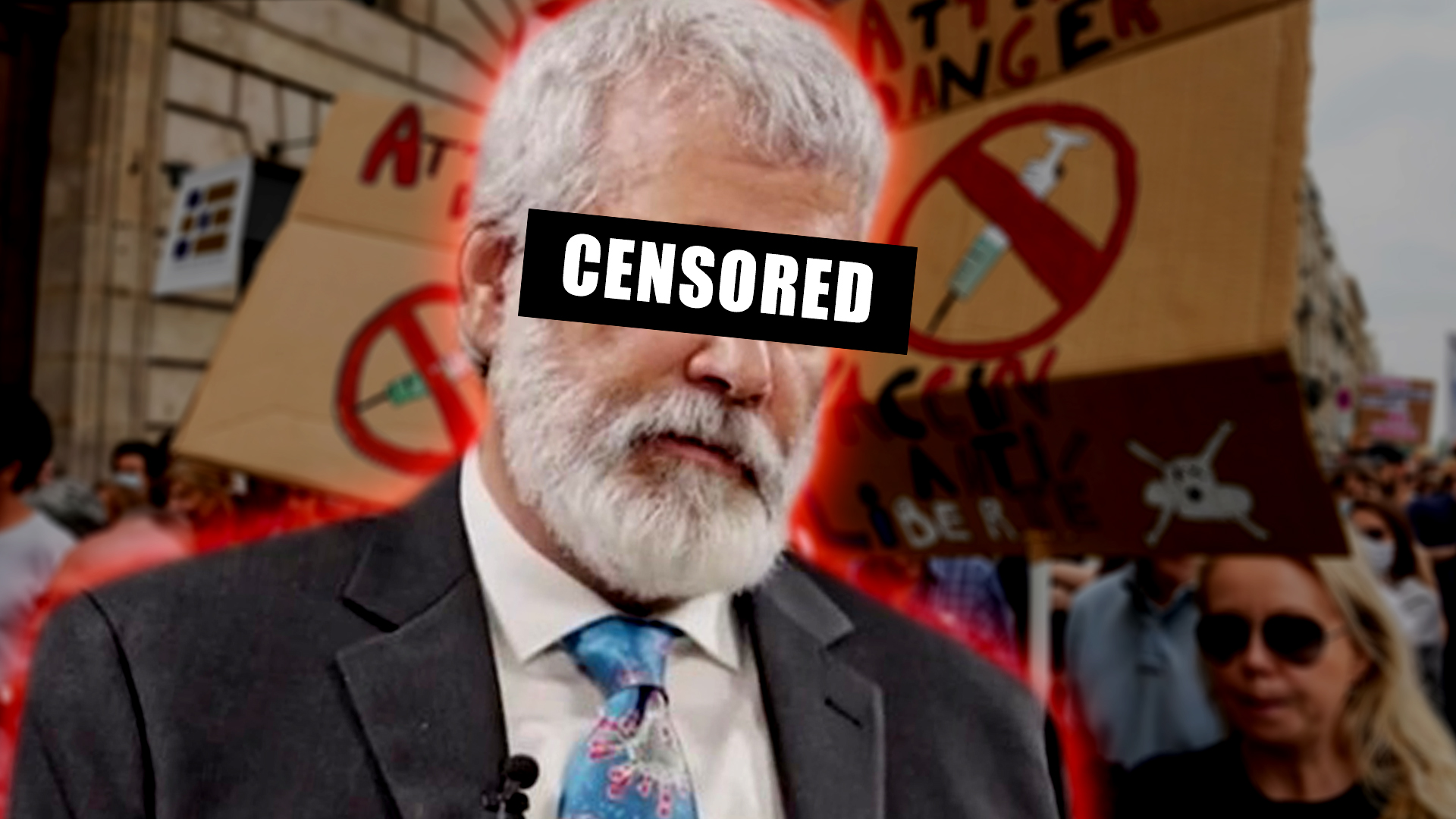 Recently Dr. Robert Malone was banned from Twitter for no other reason than putting forward information contrary to the globalist narrative surrounding COVID-19. Following his ban Dr. Malone was interviewed by Joe Rogan on his podcast which has been destroying the legacy media in viewership as of late. He also was interviewed by Kristi Leigh of InfoWars and expounded upon more than just his perspective on vaccinations as the inventor of mRNA technology. He also spoke about his growing realization that institutions like the World Economic Forum (WEF), CDC, WHO, and others are pursuing a pernicious agenda and that those who have been warning of a Great Reset and possible attempts at one world government were perhaps more prescient than those shrieking “trust the science!” Mainstream media has, for years now, relied on tired pejoratives of  “conspiracy theorist!” to shut down those who so much as mention a Great Reset, globalist empire, the deep state, or question any number of false flag events perpetrated to justify tyranny. With the banning of experts like Dr. Malone, however, it seems the powers that be overplayed their hand.

Dr. Robert Malone: "The other thing for me has been the personal journey of coming to terms with what the World Economic Forum really represents... it's all documented... then you see it being deployed... It is a full on globalist totalitarian vision."pic.twitter.com/SjRY0dpGAi

As this author has covered extensively, we are experiencing the largest worldwide protest movement in human history and, unsurprisingly, the revolution is not being televised. If all you did was watch CNN, MSNBC or other corporate mouthpieces you would think everyone around the world is lining up to get injected and only angry white ruralites are spoiling the fun of a post COVID world. Dr. Malone discussed the idea of “mass formation psychosis” in his interview with Rogan and while the COVID tyranny is the most blatant example of this in our times, those of us who have been aligned against globalism for years now know how mass media has formed and molded the mind of secular man. In fact, an example of this mass formation psychosis was seen just 50 years ago in America regarding a swine flu vaccine. Media whipped up hysteria over the swine flu, sold the vaccine like a product, and even lied about how many had taken it and which famous celebrities had supposedly gotten the injection. This vaccine, of course, ended up causing extreme health problems in many who received it despite the swine flu never becoming a widespread threat.

CDC said Mary Tyler Moore endorsed the swine flu vaccine in 1976. They lied, she didn't endorse it AND she never took the shot even though her doc recommended it. The doc said later he was glad she didn't take the shot.

Many estimates place the deaths from these experimental mRNA COVID jabs well into the hundreds of thousands and as more and more athletes and young people suffer consequences after being forced to get the jab, people are starting to ask questions. As Kazakhstan descends into revolution, one of the demands heard in the street is for an immediate end to mandatory vaccines and their shipment into the country. Protests in the Netherlands, Austria, Germany, and other places have put extreme pressure on the regimes of the EU but the bureaucrats in Brussels are HELL BENT on stabbing everyone. As nationalist leaders and third world nations are conforming to the will of the people, those most married to the globalist EU project are doubling down. French President and globalist darling Emmanuel Macron called the unvaccinated in France “non-citizens” and stated that he really wanted to “piss them off”. Many view this as a sign of impending crackdowns involving the “Green Pass” vaccine passport. This comes as the French overseas territories continue to exist in a state of effective civil war over these passports.

"I am not about pissing off the French people…But as for the non-vaccinated, I really want to piss them off. And we will continue to do this, to the end. This is the strategy."

There it is. To Macron, the unvaccinated are not citizens, or even people.

👉🏻 On the island of Guadeloupe 🇬🇵 (France) demonstrators clashed with riot police after a march against vaccination policy escalated. pic.twitter.com/hFjOKmkkxh

Jair Bolsonaro, Alexander Lukashenko, deep red state governors, and other figures maligned by the media as “dictatorial” have all rejected mandates for these jabs. Dr. Robert Malone, Dr. Peter McCullough and other estimable medical figures have broken the monopoly on facts the medical establishment and big pharma tried to hold on to for so long. US courts have sided with Navy SEAL’s in their request for medical and religious exemptions to the vaccines and conservative Christian nations in Europe don’t seem like they will even hit a 40% vaccination rate. It is true, the resurgence of “Omicron'' over the holiday season proves that the powers that be will drag this plandemic on until the people begin asking for a one world system to “contain” it. The WEF openly discusses ideas of abolishing private ownership and microchips and QR codes to store personal and medical information. However, as the resistance grows and opinion on the street has shifted towards independent and dissident voices, the globalists are starting to see that they may have more of a fight ahead than they once thought. The world is finally snapping out of its secular fugue state and realizing that our institutions have been held by insidious atheist globalists for generations now. As new lockdowns and mandates rear their ugly head, the newly awakened masses will only see their disdain for our oligarchic rulers grow and grow. It is often said that it has to get worse before it gets better, and as our world enters a dark stage of information (and now often physical) warfare, we must remember that this regime will get violent in its death throes. Do not comply and share the truth with friends and family. On the other side of this is freedom! God Bless.

The Hell World globalist oligarchs want for us. DO NOT COMPLY! pic.twitter.com/y8bmcoSSuM